"Creative Abrasion" is brought about by creating an atmosphere where ideas are continuously being challenged and new intersections are constantly being made. The idea of "creative abrasion" would seem to fly in the face of the collaborative team environment that most companies establish to create new and innovative ideas and products, however, the man attributed with first conceiving "creative abrasion" would beg to differ.

Jerry Hirshberg, founder and president of Nissan Design International (NDI), first came up with the idea when he was poached from the corporate stalwart, General Motors, to established a new venture within Nissan Automotive. Hirshberg discerned that "sometimes the right person for the job is two people." In hiring people to work at NDI he would create "divergent pairs" in which he would bring in two people at the same time and pair them because of their differences. Hirshberg found that the continuous tension between the pairs, as well as, their opposing views on things created an incredibly innovative environment that spawned some of Nissan's greatest vehicles including the Pathfinder, and the Infinity Series of automobiles, which now represents Nissan in the high-end automotive market.

Another example of where "creative abrasion" succeeded is in the design of the first Macintosh computer. In setting out to create the Macintosh Steve Jobs assembled a diverse team of musicians, artist, and others.  Obviously all of them qualified as a proficient software people as well, but it was their other more creative talents that Jobs valued.  Diversity is an enabler of "creative abrasion" because there are so many viewpoints to be drawn from that ideas are bound collide. Jobs also took this team and housed them in a separate building away from the main Apple campus so that they would not be influenced by the hierarchical and bureaucratic systems that were in place there.

From Wikipedia, intrapreneurship is defined as the "practice of a corporate management style that integrates risk-taking and innovation approaches, as well as the reward and motivational techniques, that are more traditionally thought of as being the province of entrepreneurship". An entrepreneur is "one who undertakes innovations, finance and business acumen in an effort to transform innovations into economic goods." In either case, both the intrapreneur and the entrepreneur strive to defy the norm. They both seek to think outside of the box in an effort to come up with an innovative product or new way of doing things that had previously not been thought of.

So then what are the pros and cons of "creative abrasion" in a start-up setting, from both entrepreneurship and intrapreneurship perspectives?

From the perspective of intrapreneurship "creative abrasion" is often necessary in order to develop new and innovative products.  Many companies have established standards that all employees are trained to follow in order to do their work on a daily basis.  Those employees that tend to think outside the box can be viewed as being creatively abrasive because they are challenging the status quo.  After several attempts of knocking on the door some of these employees are able to get their voice heard and it can often lead to key product innovations.  "Creative abrasion" when exemplified by individual employees within a large company can also be viewed as non-conforming, and thus might be looked upon as detracting from the greater good of the company.

The same can hold true from an entrepreneurship perspective as well.  Entrepreneurs by nature tend to be creative thinkers.  It is also to the benefit of the entrepreneurial group to include people from different backgrounds who can bring fresh ideas and different ways of thinking to the table.  In doing so, the group is able to continuously challenge itself from within, which in most cases will lead to a product that is very well thought out.  Unfortunately, this same tactic could lead to rifts forming within the group that might detract from the group dynamic and ultimately the end product.  In order to create an environment of "creative abrasion" all of the individual pieces need to be very secure in themselves and also be able to positively respond to criticism.

In short "creative abrasion" can be viewed as an enhancer of innovation because it simply means that someone saw something that someone else did and challenged it.  Without this sort of thinking the world would not be what it is today.  Where would be if no one ever asked, "what if"?
Posted by Bob at 4:11 PM
Email ThisBlogThis!Share to TwitterShare to FacebookShare to Pinterest

A Little Bit About Myself 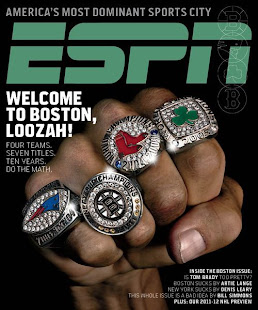